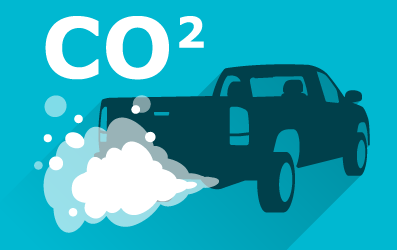 The different kind of smoke that your car might be emitting.How much smoke is too much smoke? If you check your rear-view mirror while driving, and you see smoke, chances are you’re in big trouble. That much amount of smoke is very dangerous. But different problems leave different signs with their color of smoke they emit. The usual suspects are either Blue, Black, Grey or White. Depending on the color of the smoke, the situation can be identifiedLIGHT WHITELight or thin white exhaust smoke is typically water vapor, which is normal. You’ll notice it the first time you start your car, especially if it’s a cold day. This happens because condensation naturally collects in the exhaust system. Light or thin white exhaust smoke is common in vehicles and there is no need to be alarmed.BLUE or GREYBlue or Grey exhaust smoke means there’s likely an oil leak and your engine is burning oil. Have a qualified technician inspect the car. The leak could be caused by several issues like leaking valve seals, damaged piston rings, or worn cylinder walls. Blue smoke during acceleration means your vehicle’s piston rings may be damaged. During deceleration, however, blue smoke means the cylinder heads’ valve guides are damaged. Take note of when the blue smoke occurs, then head to your nearest workshop because these are critical components of the engine of your car.BLACKBlack exhaust smoke can appear when the vehicle is burning too much fuel. This could be caused by a clogged air filter, malfunctioning fuel injection system, a blocked manifold, or a variety of other issues. A clogged air filter won’t hurt your gas mileage thanks to today’s automotive technology, but it will compromise on your car’s performance. Have your vehicle checked out by a technician to see why your vehicle is burning more fuel than usual.HEAVY WHITE or GREYA steady stream of thick white or grey exhaust smoke coming from your tailpipe could mean there’s a leaking head gasket. In this case, the coolant would end up being heated in the combustion chambers and blown out the exhaust as the engine starts. A coolant leak in the summer could easily lead to an overheated engine, leaving you stranded on the side of the road. Heavy grey or white smoke from your exhaust could also mean that there is either a crack in your engine block or cylinder head. Waiting too long to fix it will make things more expensive in the long run.